Top 10 Most Demanding Programming Languages in 2021 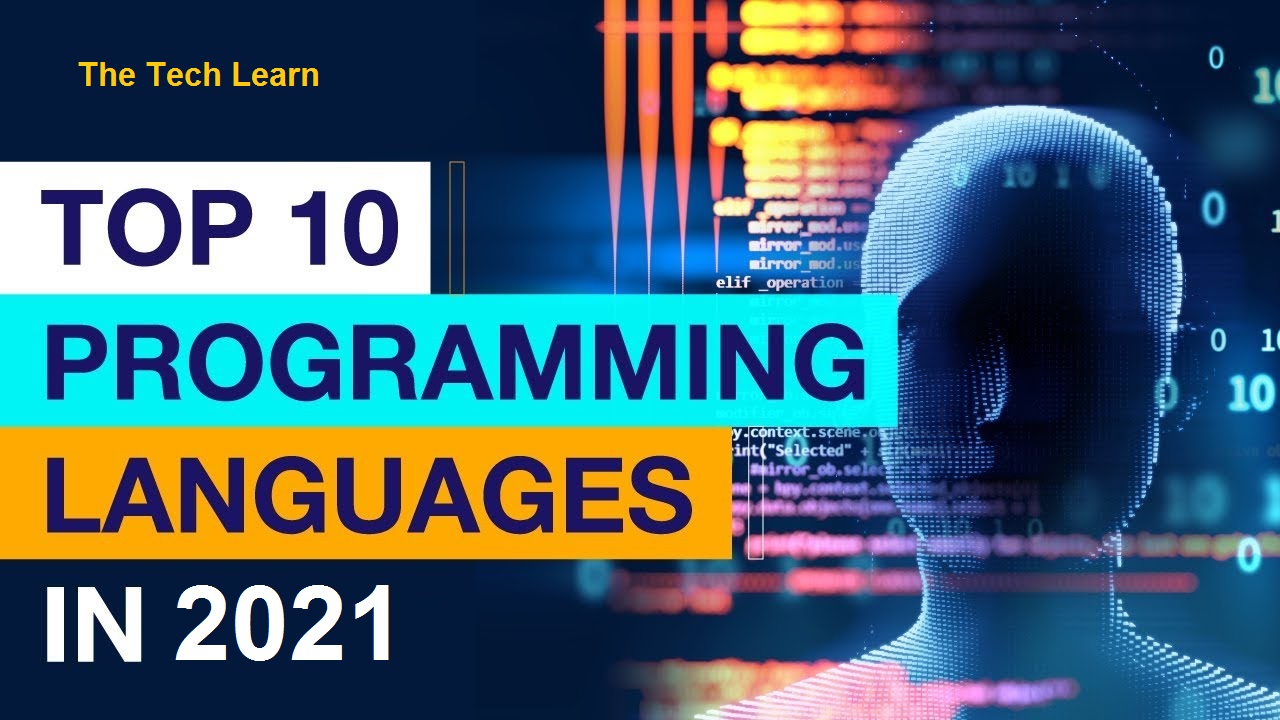 Python is the fastest growing and one of the top programming language amongst its competitors. Python Web Based Development and Python Web Based Framework like Django and Pyramid has been the most popular Framework tools offered by Python. The best thing about Python programming is that being a high level language it is easy to learn. It is the most demanded language in the market and is called the programming language for beginners since it is an open source language, which is easy to understand and comprehend.

Python language has wide application, some of which can be seen in Web & Desktop Development, Network Servers, Machine Learning, GUI Based Desktop applications, In Enterprise and Business and Data Science.
Few of the big companies, which use Python language in their operations, are Instagram, Spotify, Amazon and Facebook.

Designed by Robert Gentleman and Ross Ihaka at the University of Auckland, R as a programming language was first conceived in the year 1992. R is a comprehensive and statistical analysis language, which encourages the developer to develop new ideas. R is an open source software, which works best on GNU, Linux and Microsoft Windows. Compared to Python, R is difficult to learn. The application of R programming language is in the field of Data Science, Statistical Computing and Machine Learning. It is also known as the future programming language.

Few of the top IT companies, such as Capgemini, Cognizant and Accenture has deployed R into their businesses. R learned professional can expect a starting salary package of Rs. 7 lacs per annum.

The companies using Javascript as their programming language are Microsoft, PayPal, Groupon and Google. For a Javascript learned IT professional, the starting pay package can range between Rs. 3-5 lacs per annum.

Created by James Gosling in the year 1991, Java is the most demanding programming language, which is visible by its wide usage worldwide. The Java Virtual Machine makes the language Cross Platform compatible. It is famous for providing most number of jobs in the field of programming, which is an important reason behind its increasing popularity in the developers’ community. The best feature of Java programming language is that it is an Open Source, Robust, Platform Independent and Secured language. Since the time of its creation, Java has been applied in numerous fields, some of which are Scientific Applications, Banking & Financial Services, Web & Mobile Development and Desktop Development.

The top notch IT companies that are using Java are IBM, HCL and INFOSYS. For a Java learned programmer, the starting pay scale ranges between Rs. 5-8 lacs per annum.

PHP programming language has an interesting story behind its creation. It was initially developed for the purpose of maintaining personal homepage, but as per the statistics, currently it has taken over 23% of websites globally. Its other uses include creating Web pages, which are written in HTML. PHP language is mainly used to create dynamic and static websites.

Companies like Facebook, Yahoo, and Mail Chimp are using PHP programming language with full confidence. A programmer who is an expert in PHP language can expect a starting salary package between Rs. 2.5-3.5 per annum.

C# is an object oriented and easy to learn programming language, which is fast, secured and full of rich libraries that make it the next best choice after C++. Its first version was released in the year 2001 and uses Syntax that is almost similar to C. It is fully combined with .NET and has high easy integration with Windows Operating Software. C# language can be applied in creating VR Games, Windows 8 & 10 and in Game Development.

C# is used in companies like Cyber Infrastructure Inc., Xtreem Solution and Zealous System. The starting pay scale of C# programmer is Rs 4.5 lacs per annum.

C++ is considered as one of the most highly efficient and flexible to use programming language. It has created a never fading demand in the market because of its high performance and reliability. It also supports OOPS and has rich libraries. The application of C++ can be seen in Game Development, Web & Mobile Solutions, Desktop Applications and Embedded Systems.

Adobe Photoshop, Microsoft and Google are the companies that have been using C++ language in their operations with complete satisfaction. A C++ certified professional can earn Rs 4.2 lacs per annum.

Have many issues of memory corruption

Developed in the early 2000, SCALA was designed to solve the problem that we face in Java. SCALA is known to support Object Oriented and Functional programming, which can be statically typed, compiled in Java Byte Code and can be executed in Java Virtual Machine.

SCALA has wide implementation in the fields of Web Development, Data Analysis and Data Streaming. Companies deploying SCALA into their businesses are New York Times and Meetup.com. And a SCALA master can earn between Rs 4-5 lacs p.a. as his starting salary package.

SWIFT is a general purpose, open source, compiled programming language developed by Apple. So, if you love using iOS apps and want to develop native iOS or Mac apps, then SWIFT is the one for you. It is influenced by Python which makes it fast, secure, easy to read and most importantly easy to learn. SWIFT language is applied for Apple App Development and Software Development.

SWIFT programming language has found acceptance in companies like Slack, Apple, and 9GAG. The starting salary package for SWIFT programmer is Rs 3.6-4 lacs per annum.

Being a newly launched programming language, KOTLIN has found usage in some big companies, like Coursera, Uber, Pinterest and Post Mates. A KOTLIN certified professional can expect a starting salary package ranging between Rs 2-5 lacs per annum.

FAQ for Most Demanding Programming Languages

Alina David is a passionate researcher who loves to connect with the newest technology. She has a fond of writing about the recent happenings in the world. She has worked on many projects with big organizations